latest News Tips And Tricks At Your Fingertips 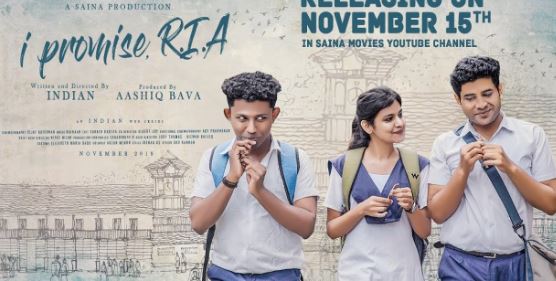 The public and the government have now come together to fight the coronavirus epidemic in our country. As part of preventive measures, the Kerala government decided to close theaters across the state until March 31, Tuesday. The decision was a major blow to the state’s moviegoers, but as we all know, it was necessary to prevent transmission of the coronavirus. Best Malayalam Web Series

2. I Promise RIA by Saina Movies

Most of the web series that emerged after Karikku tries to follow karikku and try comedy. Here I promise that ria is different. I promise that Ria tries to convey a serial story, the story of three friends, friendship, romance and family, starting from her childhood family memory and continuing with school life. Total of seven episodes released so far. One of the favorite romantic web series I watched. Background music, visuals everything was excellent.

Janaki, a completely different web series in malayalam, with only two episodes released so far. The story tells of Ram and Janaki’s life, the first episode ends with an exciting suspense. Doing and background scoring is also good. The actors also performed well, but are struggling to achieve more.

Looks like comedy focused subject but crafted well. A total of eight episodes of Double Decker released on YouTube as of now. Few of characters in this series have seen in few Malayalam movies too.

Love Etc, a web series in Malayalam from the Silly Monks channel. It seems that this web series tells a romantic comedy story, and female lead Nandhini Sree was familiar to most of us. She appeared in some malayalam movies, also anchoring as well.

Ayyappanum Koshiyum, which is hands down the most beloved Malayalam movie in recent memory, is currently airing on Amazon Prime. The protagonist of Prithviraj Sukumaran-Biju Menon, written and directed by Sachy, is a highly entertaining film showing the clash of toxic masculinities.

Shylock, the massive artist portraying Mammootty in the title role, is one of 2020’s biggest hits so far. The film, directed by Ajai Vasudev, is currently available to watch online on Amazon Prime. This Mammootty protagonist is truly a treat for the audience who loves masala movies.

Big Brother, the family entertainer, marked Mohanlal’s third collaboration with senior filmmaker Siddique. The movie, which hit theaters as the actor’s first full release in 2020, was loved by the family audience. Big Brother is currently streaming on Amazon Prime

The Thera Para mini web series from the popular YouTube channel had created quite a stir among the public, especially the young people of Malayali in 2019. If you plan to see a Malayalam series during these closing days of cinema, this is undoubtedly the best option for you.